Maybe this is a simple guide but it doesn’t matter if I make it for those who don’t understand. I forgot to start when to use this program, but among the programs I have tried (RADMIN, Remote Desktop and VNC) this is the easiest. The requirements are quite easy, just an internet connection, for the Operating System, many have supported it, I’ve only tried it for Windows and Mac only.

In this guide there will be 2 positions, I as the party you want to remote (steps 1 – 3, additional automatic access in steps 4 – 6), I as the remote party (step 7) 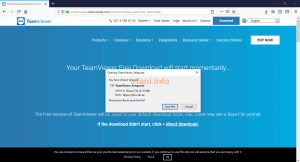 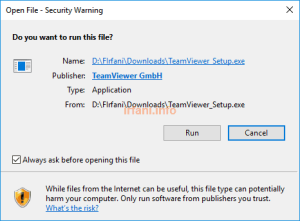 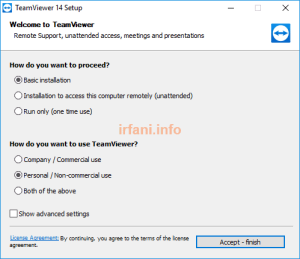 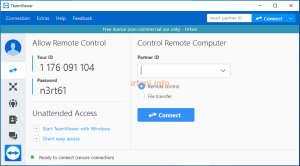 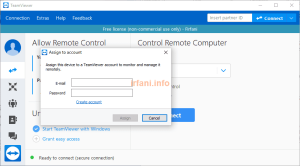 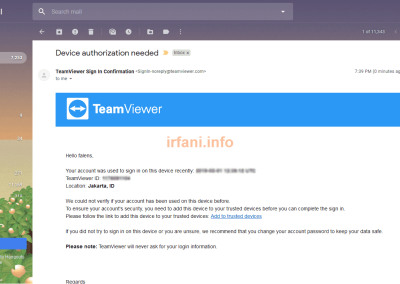 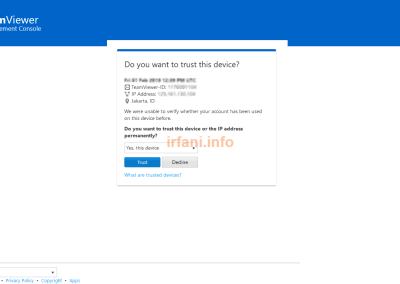 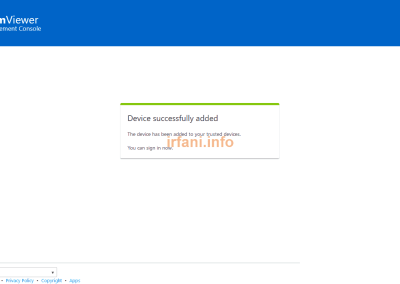 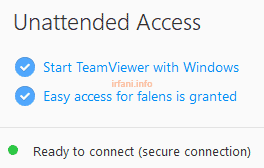 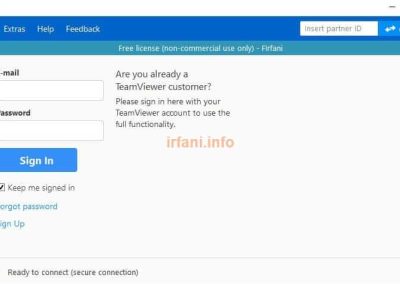 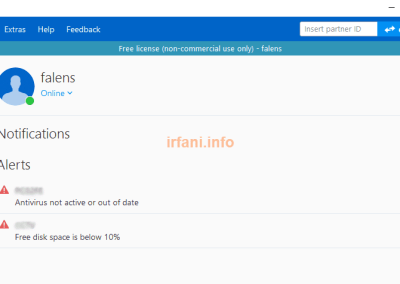 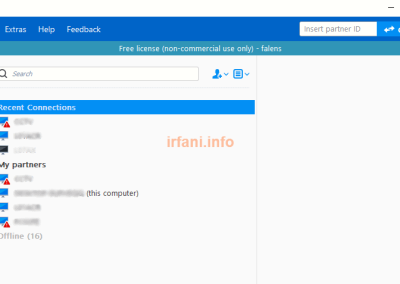 Note: if you do steps number 6 and 7 on the same device, it will immediately be able to log in without getting a confirmation email first, but if it is from a different device, it will get information such as step 6. 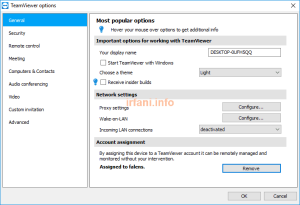 Actually I am confused to give the right title in this article, but hopefully you can understand it from the explanation I gave. At this time I will discuss about internet bandwidth that is not suitable than what I should get from an ISP.

Previously I had a similar article but it was not uploaded because the bandwidth at that time was only 10 Mbps, so it wasn’t optimal for this discussion. For this reason, when I want to make this article, I look for higher bandwidth first and finally it can also use bandwidth Up To 500 Mbps to download and upload. Why do I use the word Up To? only to ensure that later if there is a difference that is not far from 500 Mbps, I will not question it.

A few introductory paragraphs before I go to the main destination.

Next, I take an example from an ISP :

If you look at the 3 images above, the highest speed is offered by CBN, which is Up To 1 Gbps. Before I discuss further, I emphasize the test here is about the speed of bandwidth, regardless of the stability and other things.

The decision to take internet bandwidth services is generally tailored to the needs, including :

In point number 1, this is relative, whether it is used only for browsing, online games or work, because in general, a good salesperson will first ask the needs of prospective customers, so they can provide the right direction.

For point number 2, generally prospective customers do not take this into account and will only complain if the connection is slow which unconsciously has been used by people around him simultaneously. For example, I take 10 Mbps of bandwidth, which if I use it myself is more than enough, but if my family / colleagues use it at that time, of course it will decrease because the bandwidth is divided into them.

Actually there is an additional point that is rarely calculated, namely the device used for internet connections, such as routers, access points (AP), switches and our own devices, including laptops and mobile phones that are commonly used. If you connect a network device with a different speed, then the connected device such as a PC, laptop or HP will be limited by the device.

Where is the influence? If you take services below 50 Mbps, this can be ignored, but if you use 50 Mbps services or above, this should be taken into account.

Topology, this is the most important point, because if you know this topology, it will make it easier in the checking process if there are obstacles. Make sure you pay attention again or ask when installing the internet at your place.

If your service already uses a Fiber connection, generally there will be a media converter such as BDCOM, ONT and the like installed in your place that can function as an internet source or just media so there must be an additional router. The point is the ISP will usually provide the device according to the service you are using.

Example of one of the ONT devices

Before conducting an experiment, I will explain the bandwidth and service topology that I use.

According to the topology image above, the ISP only gives me an Ethernet cable to connect to my device, so the internet source will later be my own device such as a router or laptop.

Ok, I have done the simulation and here are the results :

Table results above the bandwidth of close to 500 Mbps from laptops that use Gigabit ports and 8 GB RAM, besides that are far from expected. For USB Fast Ethernet, I only use it as a comparison enhancement, because the HP 240 G6 only has 1 Ethernet port. Oh yeah, in this case I don’t really consider the upload issue if it’s not appropriate because in my opinion almost most internet users download more than upload.

Why international traffic also doesn’t reach ? Please remember, almost all ISPs that offer internet if they do not mention the bandwidth path, it is certain that it is local bandwidth, why ? because the ISP must pass the IIX line which is actually for use in Indonesia, while for the international link (IX), they must have cooperation with other ISPs outside Indonesia (Upstream).

Remember, I adapted to the title of this article, so I only did a speed test to make sure the internet speed I was using was appropriate. This is also the main point before later finding other problems that can be reported to the relevant ISP.

Hopefully until here you can understand it first, because if you don’t understand it, it’s probably rather difficult to understand the next article that will relate to many devices.

Have you ever run a Telnet program and the following results appear ? The message informs the command prompt it does not recognize the Telnet command. If you are using a version of Windows 7 and above, you can immediately activate the Telnet program that has been provided in Windows.

Oh yeah, what is Telnet? I will discuss in another article. Thanks.

For those of me who often move work locations with laptops and sometimes are required to configure IP addresses so that they can connect to a network, it will be very troublesome if done manually. But it will be easy if you use the NetSetMan application.

NetSetMan is an application used to manage network profiles in Windows operating systems in 6 different profiles, structurally which can be arranged in a profile include :

Additionally only in the Pro version:

Of the many features above and enough for me to use the free version, only IP & Gateway and DNS Servers that I often use.

Immediately I give the installation guide and its use :

Good luck and hopefully avoid the hassle of filling IP. Thank you.

Suddenly on the bottom right of my laptop screen info appears like the picture above which is quite disturbing view of the wallpaper used.

Citing information from Microsoft, “The test mode message shows that the test signing mode on the operating system starts on the computer. Test signing mode can be started if the program installed is in the testing phase because it uses a dirver that is not digitally signed by Microsoft. Microsoft added the test mode to Windows so users can test the program without having to provide an authentication certificate.”

But if I search beforehand, there is a driver that I use is official from each existing vendor, whether there is an automatic update to a particular party.

How to delete it is also very easy, now I use the Windows 10 OS, but this method can also be applied in Windows 7 and Windows 8, only different in the Command Prompt search, the commands used remain the same.

Here’s how to delete it : 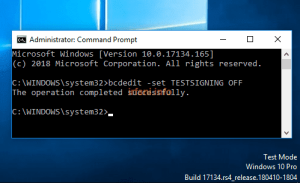 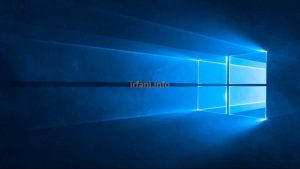